Faculty of Law at our university is one of the youngest law faculties in Turkey. It was founded with the decision of the Council of Ministers dated June 21, 2010.

The building of the faculty started to be constructed in the central campus of our university (Ahmet Necdet Sezer Campus) in 2011, and it was completed at the end of 2011 with the support of Asım Kocabıyık, the deceased businessman from Afyonkarahisar. It became ready for service by completing its furbishing and environmental planning during April, 2012. Efforts for the administrative and academic settlement were expedited following that it started to operate in its own building. For this purpose, academic members and research assistants having different academic degrees from different departments as well as a sufficient number of administrative personnel have been appointed within the frame of the regulation in a short period of time.

Before the Faculty began undergraduate education, numerous academic and scientific activities had been realized with the main heading of “Postgraduate Seminars” intended for 23 research assistants in order to maintain academic
qualification of the Faculty. During the first two years of these meetings, approximately 100 academicians expressed their opinions as either a spokesman or a debater, and more than 50 reports were submitted in totally 10 scientific activities most of which were interdisciplinary. After the Faculty started education, these activities have been carried out in a variety of forms, and the Faculty has hosted numerous scientific meetings including at least a national symposium in every academic term.

In addition to these activities, the Faculty started education in 2013 by getting permission to open the Program of Mediation Certificate coordinated for training mediators by the Head of Mediation Department in the Ministry of
Justice. In the following years, these trainings have continued, and the Faculty has also started its undergraduate education. In 2015-2016 academic years, we have opened the Private Law Master’s Program in cooperation with the Faculty of Law in Anadolu University and admitted a particular number of students to this graduate program every year.

In 2015, URAP (University Ranking by Academic Performance) coordinated by Middle East Technical University evaluated the Turkish universities in terms of academic programs, and our Faculty of Law became 18th among other law faculties.

As for the academic years 2019-2020, the Faculty continues for integration through Erasmus+ and Farabi student exchange programs. We are preparing for admitting students at master’s and doctoral studies at the “Department of Public Law” and distance education master’s degree without thesis at “Law Discrepancy” in cooperation with the Justice Academy of Turkey.

As a privilege of our faculty, we strive for providing all the scientific trainings in the light of reason and science and equipping our students with the adequate knowledge during their undergraduate education. Accordingly, together
with the courses they have in the faculty, we put great effort for our students to gain professional experience with conferences, interviews, and other activities held every 2-3 weeks. 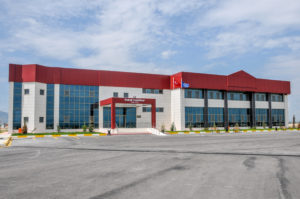 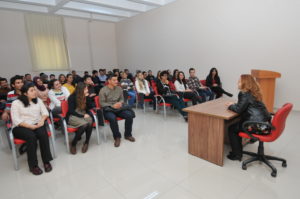 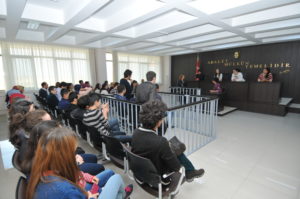